Here are some pictures from the launch parties! Great job ladies! Way to work hard. 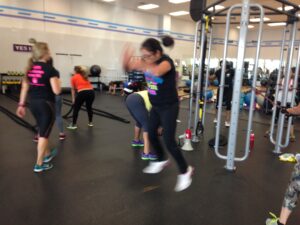 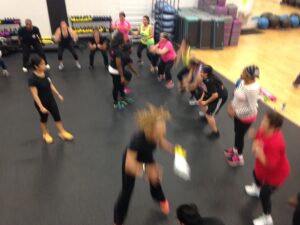 Together Everyone Achieves More

W3 teamed up with US99 for a pre-concert Oasis Party at Soldier Field. The crowd was very enthusiastic and had so much fun as they patiently awaited for the biggest country concert of the summer to begin. We knew we could not compete with Kenny Chesney and Keith Urban but as our very own W3 Elite Fitness Team performed on stage for the first time, we sure had the fans moving. Our talented team was lead by our W3 Fitness Director,  they preformed a routine consisting of a medley of Turbo-kick, Zumba and Hip-Hop Hustle. The crowd of hundreds cheered them on as they moved across the stage for 30 minutes in 80 degree plus heat. They were definitely our stars of the show. If you would like our Elite Team to perform at your next Corporate event or charity outing, please e-mail your request to Kathy@w3body.com

W3 teamed up with ABC, Love 100.3FM Radio and the American Cancer Society to promote the “Making Strides Against Breast Cancer Walk” on Sunday, October the 21st 2007 at the city of Chicago Lawrence Ave. lakefront.

Members from all W3 Chicagoland locations participated to create a huge turnout. W3 lead the incredibly successful overall event warm-up for the walk on Chicago’s lakefront. Dana Morris, Chicago Walk Manager for The American Cancer Society, said, “I never saw the crowd so motivated.” W3′s Marketing Director, Lynda Whitney gave a short speech saying how proud she was of our members for their support and excitement. The W3 “Pink Team” sported one-of-a-kind pink team sweat shirts. Check out the event pictures, you’ll see we dominated the walk!